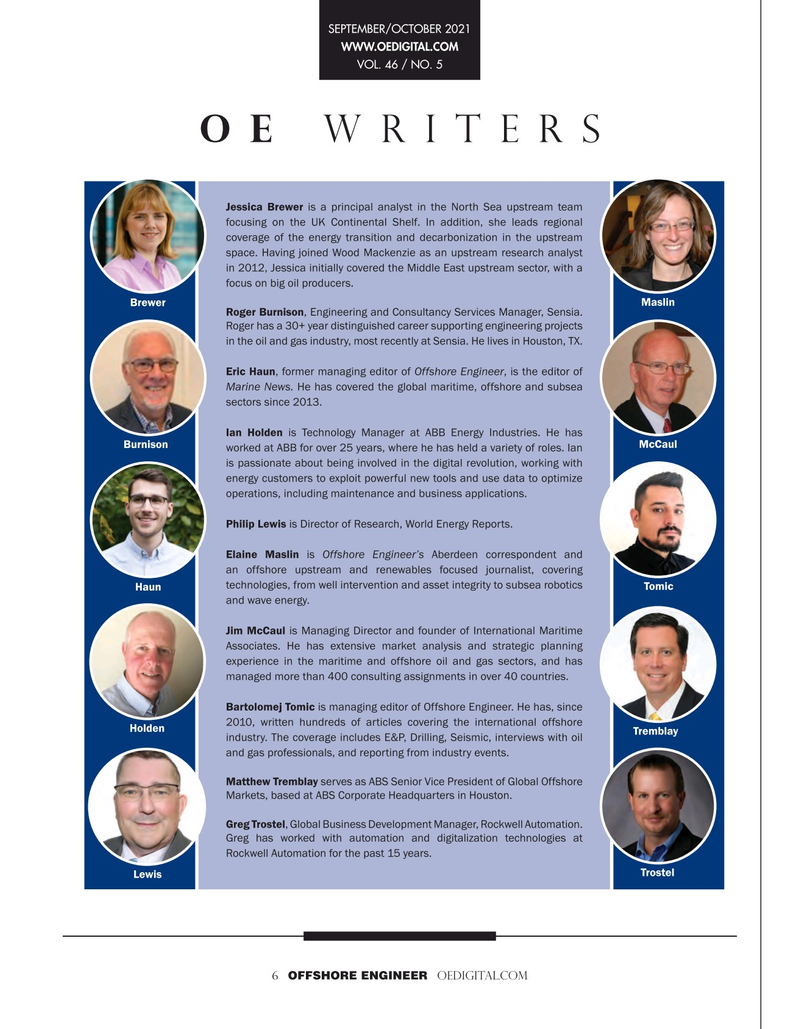 Jessica Brewer is a principal analyst in the North Sea upstream team focusing on the UK Continental Shelf. In addition, she leads regional coverage of the energy transition and decarbonization in the upstream space. Having joined Wood Mackenzie as an upstream research analyst in 2012, Jessica initially covered the Middle East upstream sector, with a focus on big oil producers.

Roger has a 30+ year distinguished career supporting engineering projects in the oil and gas industry, most recently at Sensia. He lives in Houston, TX.

Eric Haun, former managing editor of Offshore Engineer, is the editor of

Marine Ne ws. He has covered the global maritime, offshore and subsea sectors since 2013.

Ian Holden is Technology Manager at ABB Energy Industries. He has

Burnison McCaul worked at ABB for over 25 years, where he has held a variety of roles. Ian is passionate about being involved in the digital revolution, working with energy customers to exploit powerful new tools and use data to optimize operations, including maintenance and business applications.

Jim McCaul is Managing Director and founder of International Maritime

Associates. He has extensive market analysis and strategic planning experience in the maritime and offshore oil and gas sectors, and has managed more than 400 consulting assignments in over 40 countries.

Bartolomej Tomic is managing editor of Offshore Engineer. He has, since 2010, written hundreds of articles covering the international offshore

Markets, based at ABS Corporate Headquarters in Houston.

Greg has worked with automation and digitalization technologies at

Rockwell Automation for the past 15 years.