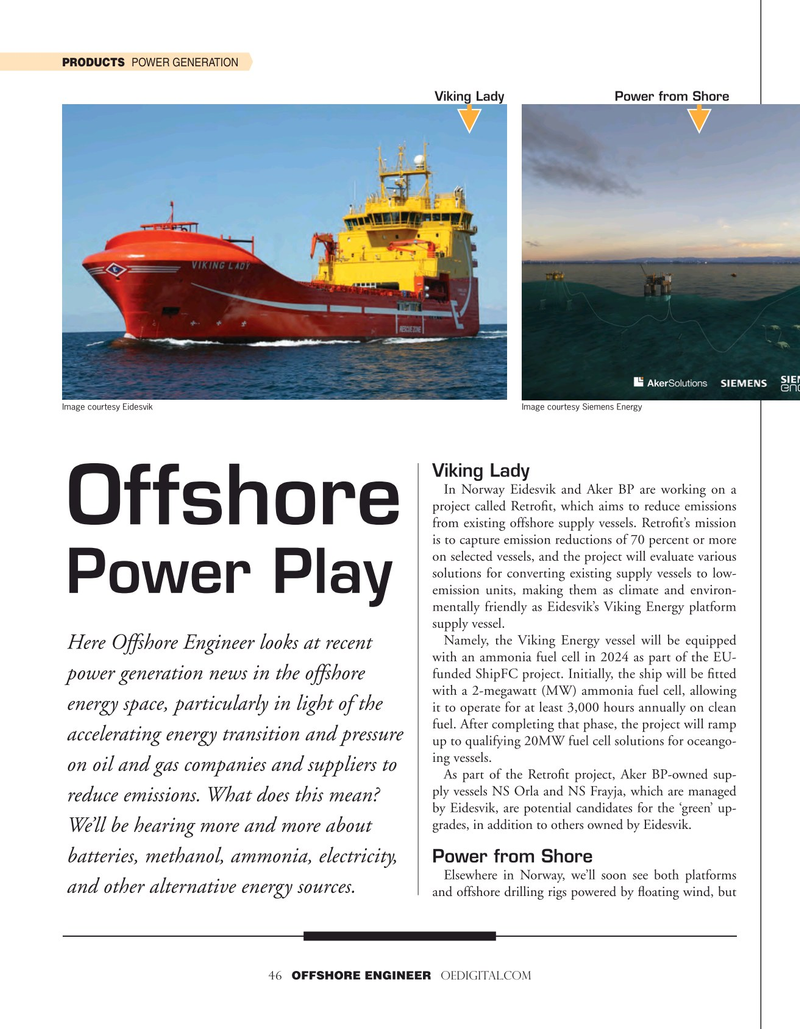 In Norway Eidesvik and Aker BP are working on a project called Retroft, which aims to reduce emissions

Offshore from existing offshore supply vessels. Retroft’s mission is to capture emission reductions of 70 percent or more on selected vessels, and the project will evaluate various solutions for converting existing supply vessels to low-

Namely, the Viking Energy vessel will be equipped

Here Offshore Engineer looks at recent with an ammonia fuel cell in 2024 as part of the EU- funded ShipFC project. Initially, the ship will be ftted power generation news in the offshore with a 2-megawatt (MW) ammonia fuel cell, allowing energy space, particularly in light of the it to operate for at least 3,000 hours annually on clean fuel. After completing that phase, the project will ramp accelerating energy transition and pressure up to qualifying 20MW fuel cell solutions for oceango- ing vessels.

on oil and gas companies and suppliers to

As part of the Retroft project, Aker BP-owned sup- ply vessels NS Orla and NS Frayja, which are managed reduce emissions. What does this mean? by Eidesvik, are potential candidates for the ‘green’ up- grades, in addition to others owned by Eidesvik.

Elsewhere in Norway, we’ll soon see both platforms and other alternative energy sources.