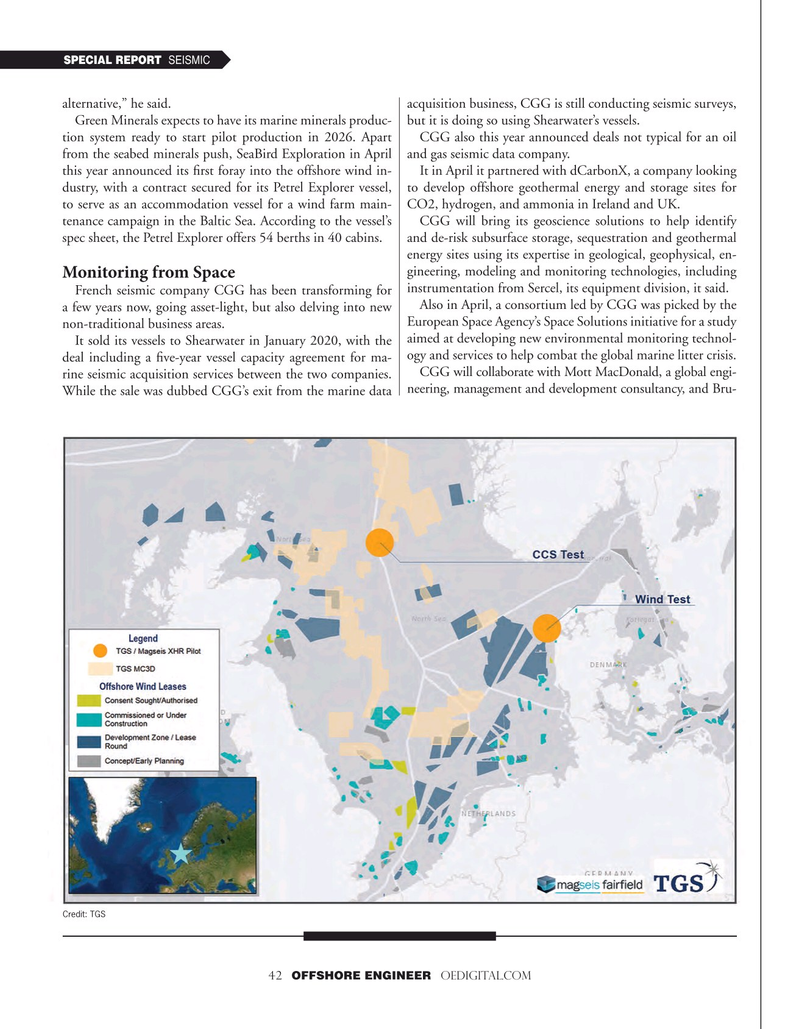 Green Minerals expects to have its marine minerals produc- but it is doing so using Shearwater’s vessels.

this year announced its frst foray into the offshore wind in- It in April it partnered with dCarbonX, a company looking dustry, with a contract secured for its Petrel Explorer vessel, to develop offshore geothermal energy and storage sites for to serve as an accommodation vessel for a wind farm main- CO2, hydrogen, and ammonia in Ireland and UK.

tenance campaign in the Baltic Sea. According to the vessel’s CGG will bring its geoscience solutions to help identify spec sheet, the Petrel Explorer offers 54 berths in 40 cabins. and de-risk subsurface storage, sequestration and geothermal energy sites using its expertise in geological, geophysical, en- gineering, modeling and monitoring technologies, including

French seismic company CGG has been transforming for instrumentation from Sercel, its equipment division, it said.

Also in April, a consortium led by CGG was picked by the a few years now, going asset-light, but also delving into new

It sold its vessels to Shearwater in January 2020, with the aimed at developing new environmental monitoring technol- ogy and services to help combat the global marine litter crisis.

deal including a fve-year vessel capacity agreement for ma-

While the sale was dubbed CGG’s exit from the marine data neering, management and development consultancy, and Bru-