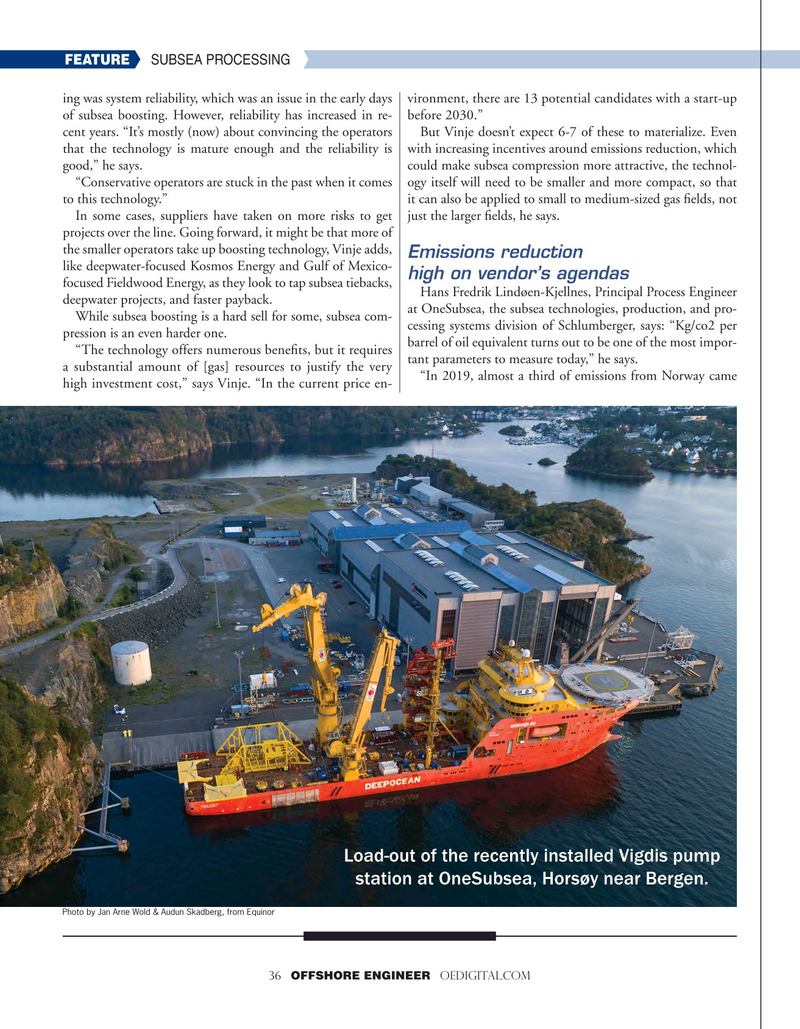 FEATURE SUBSEA PROCESSING ing was system reliability, which was an issue in the early days vironment, there are 13 potential candidates with a start-up of subsea boosting. However, reliability has increased in re- before 2030.” cent years. “It’s mostly (now) about convincing the operators But Vinje doesn’t expect 6-7 of these to materialize. Even that the technology is mature enough and the reliability is with increasing incentives around emissions reduction, which good,” he says. could make subsea compression more attractive, the technol- “Conservative operators are stuck in the past when it comes ogy itself will need to be smaller and more compact, so that to this technology.” it can also be applied to small to medium-sized gas felds, not

In some cases, suppliers have taken on more risks to get just the larger felds, he says.

projects over the line. Going forward, it might be that more of the smaller operators take up boosting technology, Vinje adds,

While subsea boosting is a hard sell for some, subsea com- cessing systems division of Schlumberger, says: “Kg/co2 per pression is an even harder one.

“The technology offers numerous benefts, but it requires barrel of oil equivalent turns out to be one of the most impor- a substantial amount of [gas] resources to justify the very tant parameters to measure today,” he says. “In 2019, almost a third of emissions from Norway came high investment cost,” says Vinje. “In the current price en-

Load-out of the recently installed Vigdis pump station at OneSubsea, Horsøy near Bergen.