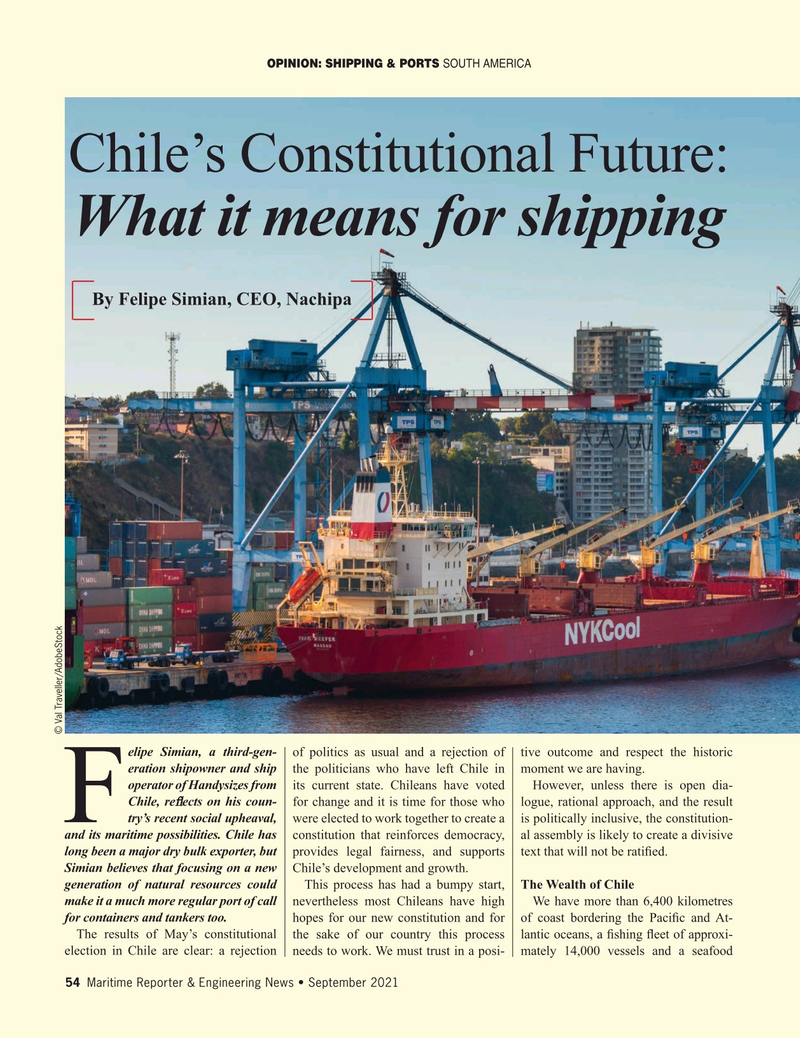 What it means for shipping

By Felipe Simian, CEO, Nachipa © Val Traveller/AdobeStock elipe Simian, a third-gen- of politics as usual and a rejection of tive outcome and respect the historic eration shipowner and ship the politicians who have left Chile in moment we are having. operator of Handysizes from its current state. Chileans have voted However, unless there is open dia-

Chile, re? ects on his coun- for change and it is time for those who logue, rational approach, and the result

F try’s recent social upheaval, were elected to work together to create a is politically inclusive, the constitution- and its maritime possibilities. Chile has constitution that reinforces democracy, al assembly is likely to create a divisive long been a major dry bulk exporter, but provides legal fairness, and supports text that will not be rati? ed.

Simian believes that focusing on a new Chile’s development and growth.

generation of natural resources could This process has had a bumpy start, The Wealth of Chile make it a much more regular port of call nevertheless most Chileans have high We have more than 6,400 kilometres for containers and tankers too. hopes for our new constitution and for of coast bordering the Paci? c and At-

The results of May’s constitutional the sake of our country this process lantic oceans, a ? shing ? eet of approxi- election in Chile are clear: a rejection needs to work. We must trust in a posi- mately 14,000 vessels and a seafood 54 Maritime Reporter & Engineering News • September 2021