Robert Allan founded Robert Allan Ltd. in 1930 when Allan commenced private practice as a consulting Naval Architect after serving as Technical Manager of a local major shipyard. In the 90 years that have passed, the organization has evolved from a one-man shop to a global powerhouse in the business of naval architecture and marine design. Following the founder into the business were his namesake son and grandson, with the company in recent years passing to an employee-owned model led by Mike Fitzpatrick. Robert G. Allan, Executive Chairman, and Mike Fitzpatrick, President & CEO recently interviewed with Maritime Reporter TV to discuss not only the company’s rich past, but also the drivers for what is shaping to be a promising future.

Robert G. Allan I'm not sure that I always knew that Greg, but I really didn't have much of a genetic chance. You know, my father and grandfather were both naval architects. My other grandfather was a steam engineer and I kind of just grew up with salt water in my veins. The only time I ever kind of wavered from that, even in grade school, that teacher would ask you, "Are you going to be a fireman, a policeman or a doctor?" And I'd put up my hand and say, "I'm going to be a naval architect." And of course, no grade school teacher ever knew what a naval architect was. But yeah, I think I always did it. In my teen years, I was quite keen on architecture.

Robert G. Allan I recall saying to my father "Maybe I'll just become an architect instead of a naval architect." And my father, who was a very wise man, said, "You could do that and become one of tens of thousands of starving architects. Or you could stick with the marine side and get to be a big fish in a little pond." And that turned out to be pretty prophetic.

Robert G. Allan  Well, let's start with the differences because there are a lot easier to identify. We started out as a one-man operation working out of a basement office; today we've evolved to a company of 90 some odd people with a global outreach.
The way we do business is totally different, evolving from all manual drafting and manual calculations to a completely computerized, high-tech kind of operating environment. Probably one of the most invisible, but most important changes, is how we work. Our work now is much more structured and detailed, working to ISO standards in how we document design work and design decisions. That makes record keeping for the future generations infinitely easier.
What's the same? Our subject matter has never really changed: a focus on purpose designed work boats. My grandfather, and I think particularly my father, set a tone for the way in which we do business; working honestly, with integrity, with strong relationships. That's something that I hope will never change. 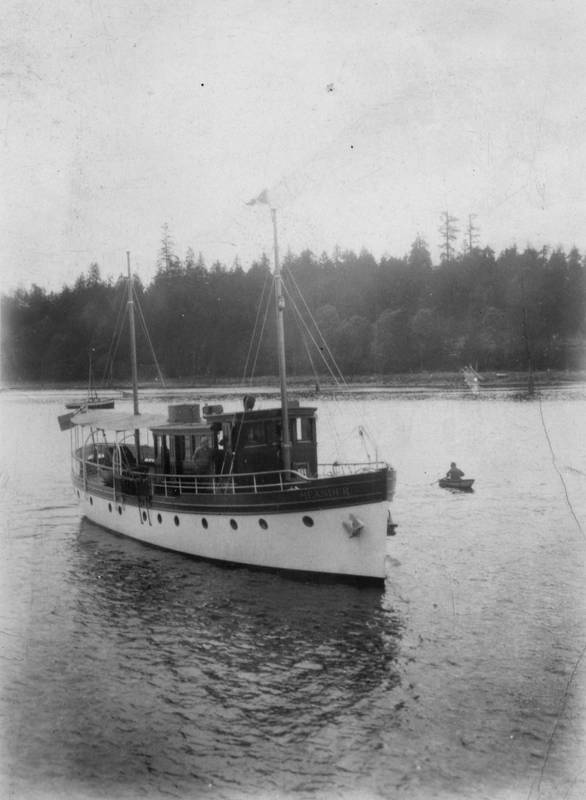 Meander (left) in 1933 was one of the original RAL designs. Photo courtesy Robert Allan Ltd.

Mike Fitzpatrick  Decarbonization is certainly at the forefront of many projects, and it presents probably the biggest challenge to the industry today, mainly because it's difficult to make the economics of decarbonization work, particularly in small workboats. The capital cost difference of a low carbon tug boat for instance, is typically on the order of 30% more expensive than a typical diesel mechanical tug. We've done numerous LNG fueled tugs dual fuel tugs, hybrid tugs, and they've pretty much all been done when there is some outside source providing (a financial) incentive to have it done.

Digitalization is certainly the one that's made the biggest difference in how we do things. Look in the shipyards, where in the past a typical shipyard, might have spent 5,000 hours working on the production level design, and then spent 100,000 hours building a tugboat. The more advanced and most efficient shipyards today spend 15,000 hours on a really detailed production model, with 60,000 to 70,000 hours spent on the construction of the tug.

(In regards to autonomy), there certainly has been a lot of media attention to autonomous vessels in the past decade, more media attention than perhaps attention (or interest) from owners. (That said), we have actively been working on autonomous vessels, and we have some projects that have progressed, but it is going to be a slow adoption process. We see it (evolving) as first remotely operated vessels, then semi-autonomous vessels. We're focused primarily on areas and operations where autonomous vessel offers an obvious advantage, such as firefighting, or on the other side, monotonous, uncomfortable jobs crews. I don't see autonomous vessels replacing tugboats for typical operations anytime soon. But what I would hope to see is, like we see in the automotive industry, integration technologies that are being developed to allow autonomous operation into manned vessels, to improve the safety and ability of crews to be a little more comfortable.

Robert G. Allan  There are so many interesting technical challenges today that it's an exciting time to be in (this business), and I see that continuing for at least the next kind of generation. We've got 20 or 25 years before we're all supposed to be carbon neutral, and as Mike outlined, there are huge technical challenges to overcome (particularly in this smaller vessel category). 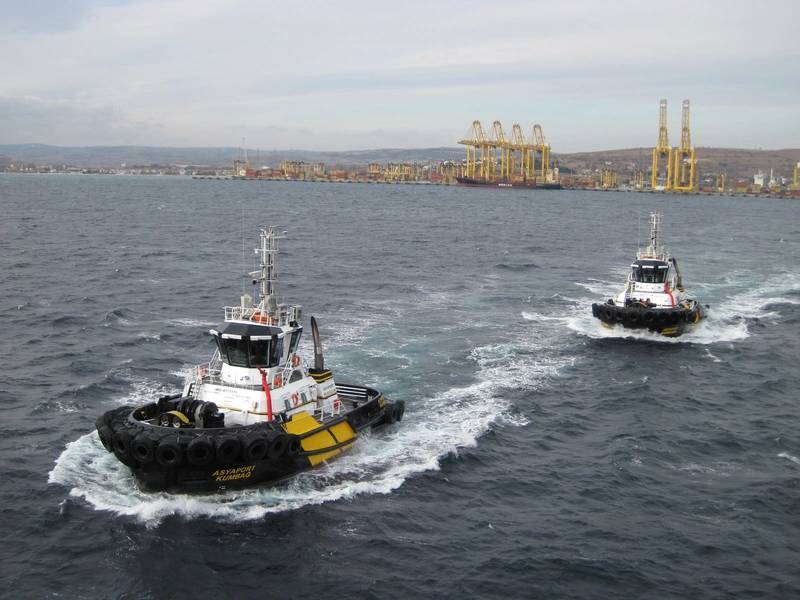 Robert G. Allan  How much time did you say we have, Greg?! I've been immersed in the corporate history for the last year or so, particularly in these COVID-isolated times. I think first and foremost, surviving for 90 years as a continuous business is a pretty significant achievement. And particularly when one looks at starting a business at the beginning of the Great Depression, then surviving those dirty 30s as a one-man enterprise. I know that that was an extremely difficult and discouraging time for my grandfather, a talented, ambitious and proud man. There was a couple of years in the early 30s there where I think his total earnings were in the low hundreds of dollars.

But, he didn't have enough money to go back to his home in Scotland; otherwise I think he may have, and I probably wouldn't be here. Just surviving in business through those early years is a notable achievement. The 1960s were really formative period in the history of our company, and my father was really running the business by the early 60s. It was a transformative time here in British Columbia, where, with the benefit of a fairly significant national shipbuilding subsidy, owners were replacing their old wooden tug fleets with more modern diesel powered steel tugs and building new and innovative types of barges. Our entire coastal economy is run on tug and barge, most of that was developed in the 60s, and my father designed 80-85% of it. There were self-loading, self-dumping log barges developed in this office; and the first widespread use of Kort nozzles in North America were developed here. We did the first icebreaking supply vessels for work in the Beaufort Sea … the list goes on and on. That laid the foundation for the kind of business we are.

When I took over the business from my father in the 1990s, I had (mostly) ruled out Europe and Asia because there was a lot of competition in our field, and we didn't really have the means to penetrate that market. Then out of the blue we made a connection with owners and ship yards in Turkey, a relationship that was good for them, and it was good for us and our business just mushroomed as a consequence. This gave us a foothold with user clients in Europe and with these amazing shipyards in Turkey and that has transformed our business a hundred fold over what it was before.

But ultimately, at the end of the day, the thing I think of which I am most proud is how we made the transition from this being a single family owned company to an employee owned company under first Ken Hartford's direction, and now under Mike's direction. To be able to move the company over to the ownership of the people with whom I have worked is absolutely fantastic. And it worked out immensely well for me personally, for our whole family, and I think I'm sure Mike would echo this, that it's worked out extremely well for all the new shareholders in the company. So that's been the icing on the cake for me. 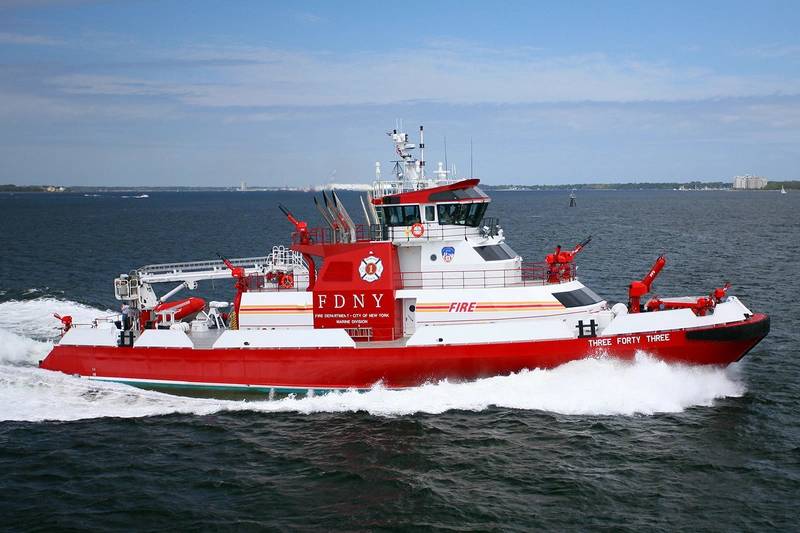 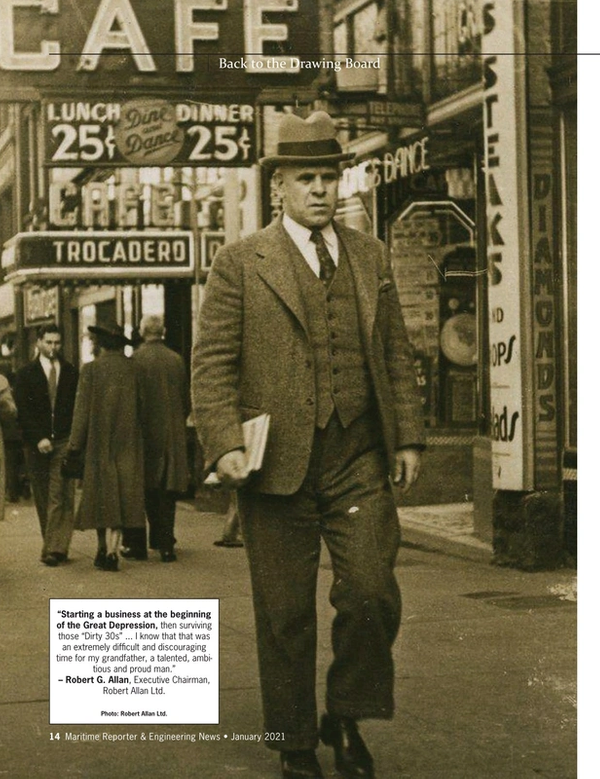