Great Ships [ of 2020 ]: Island Victory, the Most Powerful (& green) Multi-Purpose OSV Ever

Norway’s Island Offshore broke free from the enforced conservatism of the E&P sector, adding not just a new ship to its fleet, but one that re-writes the rulebook in capabilities, technology and despite its size and power, environmental credentials.

“Island Victory’s brute strength enables heavy duty, deep water mooring using a single vessel, when before, two or three would be needed to carry the loads and achieve the same outcome,” said Tommy Walaunet, Managing Director, Island Offshore “We need the power and deck space for mooring operations and transport of wires and chains, but when compared to using multiple vessels for the same job, Island Victory can do it using less fuel and with lower emissions.”

A true multi-purpose behemoth, with a length of 123 meters and breadth of 25 meters, Island Victory boasts a 250-ton offshore crane, accommodation and diverse client facilities for 110 people, and a working deck measuring 1200 sq. m.

Island Victory joined the Island Offshore fleet as a three-year company restructuring plan enters its final phases and Mr Walaunet is confident that the decision to invest in such an extensive undertaking was the right one.

“As a privately-owned company we are fortunate to have investors with an understanding of, and appetite for risk,” he explains. “This gives us the ability to identify and drive new opportunities with concepts that bring something new to the market.”

The introduction of Island Victory and Island Clipper (it’s new W2W vessel) shows that something is being done right at Island Offshore’s HQ in the well-known offshore industry town of Ulsteinvik on Norway’s west coast. And while the eagerly awaited ‘recovery’ or signs of a new offshore boom are certainly not on the near horizon, forward thinking fleet diversification is seeing some players return to a semblance of stability. 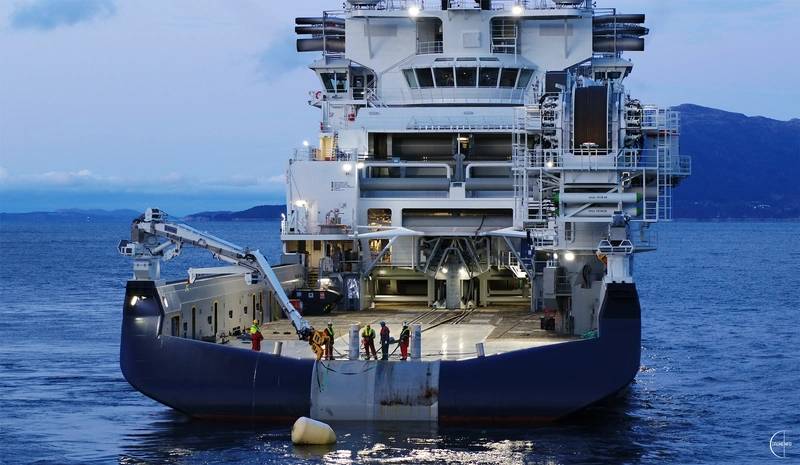 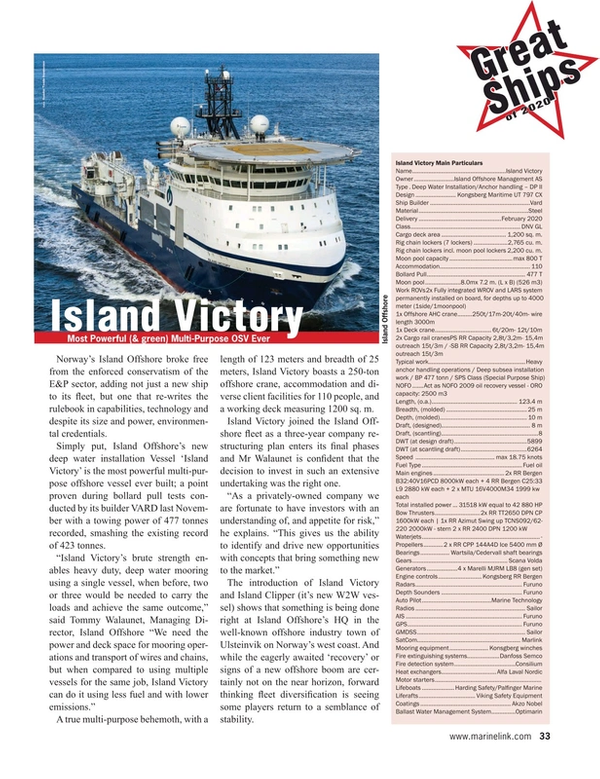 Read Great Ships [ of 2020 ]: Island Victory, the Most Powerful (& green) Multi-Purpose OSV Ever in Pdf, Flash or Html5 edition of December 2020 Maritime Reporter

Other stories from December 2020 issue