The Intercon Coupler System is designed to provide a safe and efficient solution to the problems of connecting tugs and barges in ocean and coastwise pushing operations. Principal benefits include the ability to push in the widest range of sea states; the complete elimination of hull contact; fail-safe mechanical connection with redundant controls, and elimination of the expense and hazards of towing lines and related equipment.

In simplest form, the patented Intercon System provides a single degree of freedom allowing the tug to pitch about a transverse connection between the tug and barge. All other motions are restrained so that tug motions match barge motions in roll and heave.

The connection is mechanical — accomplished with two independently mounted ram assemblies, gear driven, and configured for tug installation. The rams stroke transversely, engaging the vertical ladder structures incorporated into both walls of the stern notch. The resulting tug-barge connection is rigid, mechanically locked, and fail-safe.

Recent Success The Intercon reference list is long and distinguished, including the aforementioned Crowley subsidiary installations from Bay Shipbuilding. In addition.

Island Tug & Barge Ltd. of Vancouver, BC recently celebrated the commissioning of its barge, Island Trader, in Vancouver. The barge was built in China and returned to Vancouver by tug. Island Monarch. The 3,000-hp tug was retrofitted with an Intercon CSeries Coupler and the barge notch was fitted with Intercon ladder assemblies.

The C-Series Coupler is the latest addi- addition to our product line of articulated tug-barge couplers and is sized for ATBs in the 60,000 to 100,000 BBL range. In addition, Penn Maritime of Staten Island, NY, ordered its fifth ATB to be outfitted with an Intercon 50-in. Coupler System.

For free information from Intercon Circle 11 on Reader Service Card 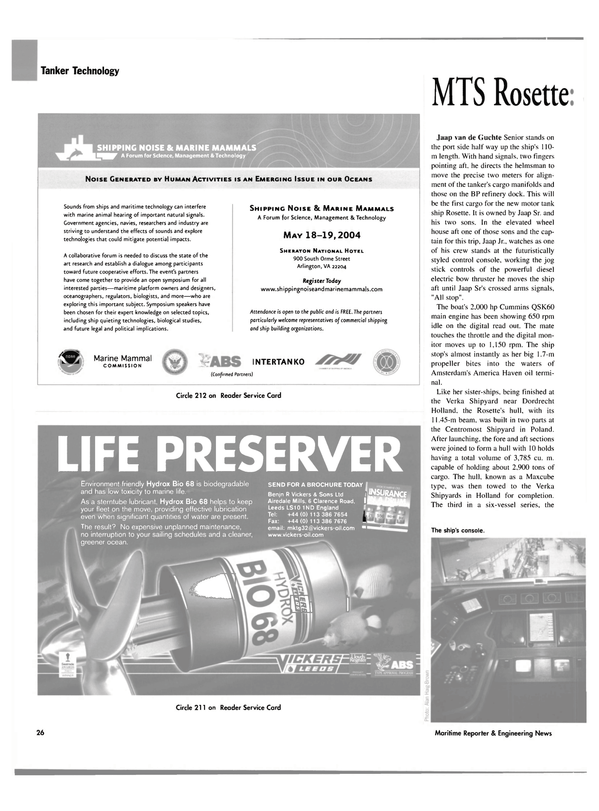