Long Range Study—"Revolution At Sea 2020" Will Provide Blueprint For The Future In an address delivered to the Board of Directors of the Shipbuilders Council of America, VADM. John W. Nyquist, USN, Assistant Chief of Naval Operations for Surface Warfare (OP- 03), called for stability in the Navy's Shipbuilding and Conversion, Navy (SCN) appropriation.

The Admiral, who is the sponsor for the SCN appropriation within the Office of the Chief of Naval Operations, stated his concern that fiscal year 1992 and following years would present "tough times" for the industry. In his opinion, shipbuilding and ship repair will take a "disproportionate hit" in the allocation of funds within a reduced Department of Defense budget request. He expressed hope that the decision of the Secretary of Defense to build 1.5 SSN-21s and 4 DDG-51s per year would be sustained. These building rates were determined by the Major Warship Review after intense study and scrutiny "of the present and future world situation, threat and the industrial base." Adm. Nyquist noted that the Surface Warfare community has commissioned the Center for Naval Analyses to conduct another requirement study to revisit the Surface Combatant Force Requirements Study (SCFRS) in the context of a low intensity conflict environment. In addition, a long range study, "Revolution at Sea 2020", is also underway.

This study will provide the R&D technology blueprint and priority for the Battle Force Combatant of the 21st Century. Adm.

Nyquist believes that the Surface Force of the future will have greatly increased commonality in hull design. Ship mission capabilities will be influenced by the combat system loaded into the ship and the "traditional concepts of cruiser, destroyer, frigate and even amphibious ships will become less important." The Admiral envisions their 21st century combatant will be built with a "generic hull and a baseline combat system." These ships could be built in numbers to ensure economies of scale and will be designed with greater survivability.

Hopefully, this ship of the 21st century will incorporate Integrated Electric Drive (I&D) which will permit greatly reduced acoustic signatures, improve fuel economy, provide large amounts of electrical power for the weapons of the future, and permit new and more efficient ship designs.

We must find a way to protect the shipbuilding industry during this period so that there is a Navy of tomorrow!" 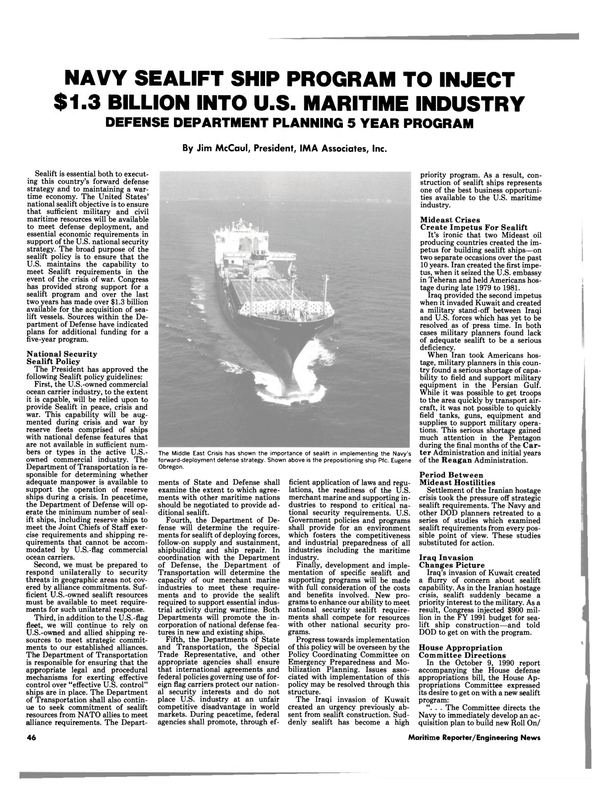