The cruise sailing ship Le Ponant was recently launched at the Societe Francaise de Construction Navales (SFCN) shipyard in Villeneuve-la- Garenne. The ship will be operated by the Compagnie des Isles du Ponant and is destined for cruising in the Caribbean. A regular cruising program is scheduled to start in the spring of 1991.

The Le Ponant, which is approximately 289 feet long, will be rigged as a three-master, with all three masts carrying triangular sails of nearly equal size and the fore and main masts additional head sails.

The Le Ponant has been powered with a 16-cylinder Deutz MWM main engine of the 604B series delivering a power of 1,695 kw at a speed of 1,800 rpm. The onboard power supply will be covered by two generator sets with Deutz MWM engines of the 234 series (generator output 262 kw each). In addition, a harbor set has been installed which is driven by an air-cooled Deutz FL 913 engine (generator output 44 kw). The SFCN has become active in many fields during the past few years. It supplies ships both for military and civil applications, including patrol boats and light frigates, as well as fast catamaran ferries and expedition vessels, such as the UAP Transantarctic, a sailing ship for a South Pole expedition. 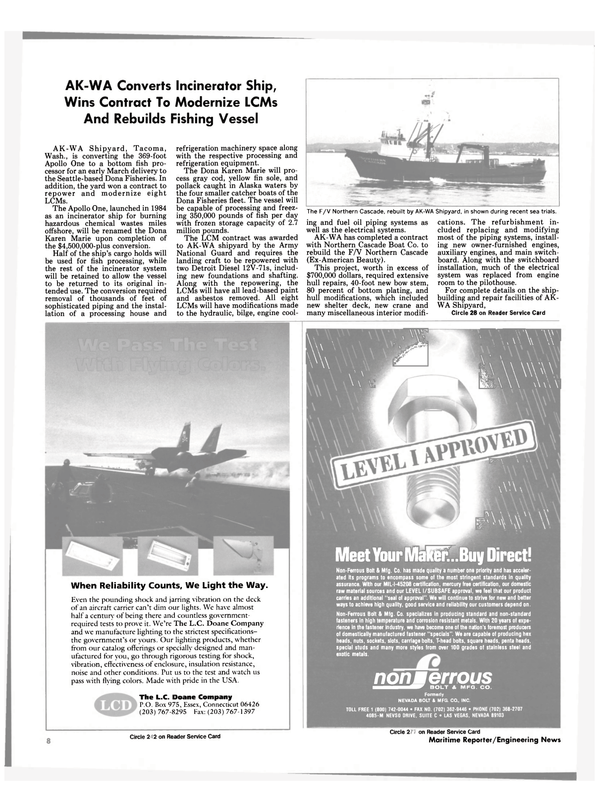