A Catug is the catamaran style propulsion unit in an integrated tug/barge system. When mated to its barge, the HSTC-1 built by Bath Iron Works, Bath, Maine, the two units have an overall length of 643 feet.

The Moku Pahu has an 84-foot beam and 39-foot depth. She is powered by two Colt Pielstick 14PC2V400 engines developing a total of 14,000 bhp. They drive two 18-foot diameter four-bladed propellers through Lufkin reverse/ reduction gears with a ratio of 5.28:1. The combined unit displaces 30,000 tons loaded, and has a cargo capacity of 1,420,000 cubic feet.

On her first voyage from Hawaii to San Francisco she transported the largest single load of sugar ever delivered from the islands to the mainland. The integrated tug-barge unit is now in regular operation between Hawaii and the U.S. West Coast.

The new vessel also includes an automatically controlled, unmanned engine room, made possible by state-of-the-art technology and equipment. Engine controls were supplied by the Tano Corporation and the generator control panel and switchboards were manufactured by Continental Electric Service Corp.

Communications and navigation aboard the vessel are facilitated by a Marisat satellite communications system and a Navidyne satellite navigator. A Raytheon Raycas collision avoidance system enhances safety.

The Moku Pahu is one of seven vessels in the Halter Catug program.

Two others have been delivered previously to the Bethlehem Shipbuilding division of Bethlehem Steel Corporation, and four additional Catugs are under construction now at Halter for Bethlehem.

The Catugs are built at Halter's Chickasaw, Ala., division under a licensing agreement with Hvide Shipping, Inc., which holds the patents on the integrated system. 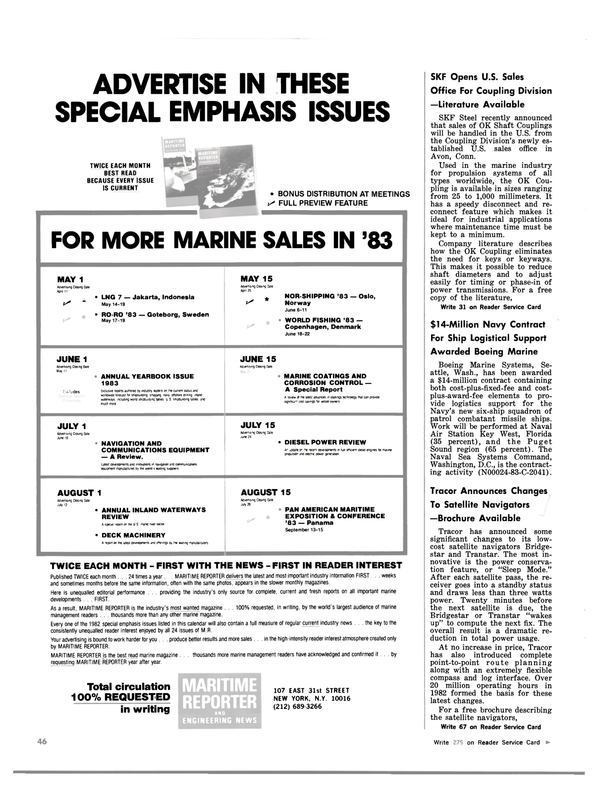