Reporting to Mr. Terrell will be Phil Payton. In addition to his current responsibilities as superintendent of barge repair and fleeting in New Orleans, Mr.

Bill Martyn has been named f l e e t s u p e r i n t e n d e n t , Baton Rouge. In that capacity he will be responsible for all fleet operations in the Baton Rouge area.

Prior to this appointment, Mr. 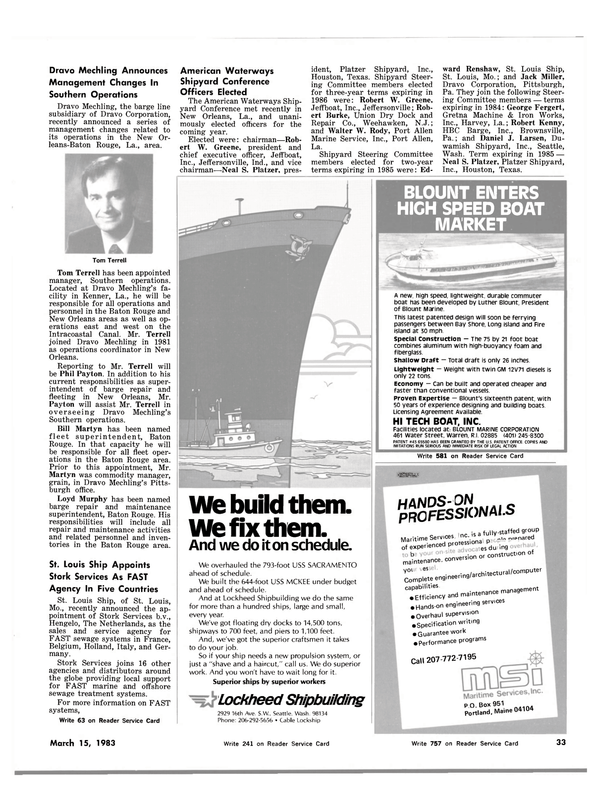