Congressman J. Joseph Moaklev (D-Boston) has announced a federal grant of $2 million from the U.S. Department of Commerce's E c o n o m i c Development Administration to Massport to complete renovation of Boston's historic Fish Pier. At a reception at the Capitol, Congressman Moakley, who has championed the project since its start, described the Massport project as "a catalyst for revitalizing the New England fishing industry with substantial economic impact on the Massachusetts economy." Under the three-year modernization program, the 65-year-old w a t e r f r o n t landmark property will undergo a major facelift that will lead, according to Congressman Moakley, "to a 50 percent increase in jobs at the Fish Pier." David W. Davis, Massport executive director, called the $12.5- million Massport Fish Pier Project "the anchor in Boston's resurgent fish processing industry.

This project will make the Boston Fish Pier the number one fish processing center on the East Coast," he added.

Phase One of the restoration project, completed in the fall of 1980, provided for exterior rehabilitation of the three buildings on the pier, while Phase Two, which will begin this year, will finance improvements to the pier itself, a new utilities and road surface as well as interior improvements to the buildings. The o v e r a l l three-year $12.5-million project will be completed bv April 1982. 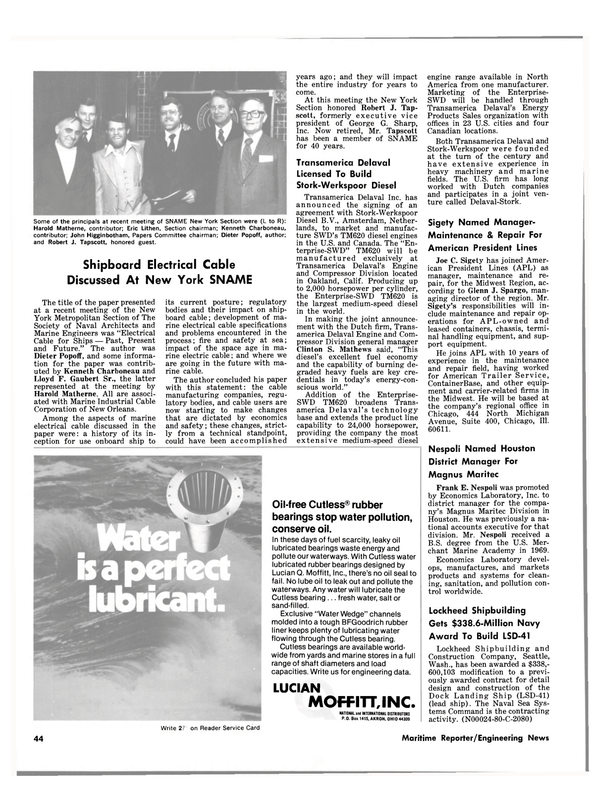