The Lake Charles, first liquefied natural gas tanker built by General Dynamics to transport LNG to the United States, was christened recently at the corporation's Quincy, Mass. shipyard. When she goes into service, Lake Charles will carry LNG from Algeria to the U.S. Gulf Coast. All previous LNG tankers built at Quincy are delivering natural gas from Indonesia to Japan.

The ship was christened by Mrs. Richard L. O'Shields, wife of the chairman and chief executive officer of Panhandle Eastern.

Panhandle has a gas purchase contract with Sonatrach, the national oil and gas company of Algeria.

The vessel will be operated by a subsidiary of Moore McCormack.

The other LNG tankers built at the Quincy yard have made 213 round trips and transported more than 25 million cubic meters of LNG. A sister ship of the Lake Charles, the Louisiana, will be completed at Quincy later this year. 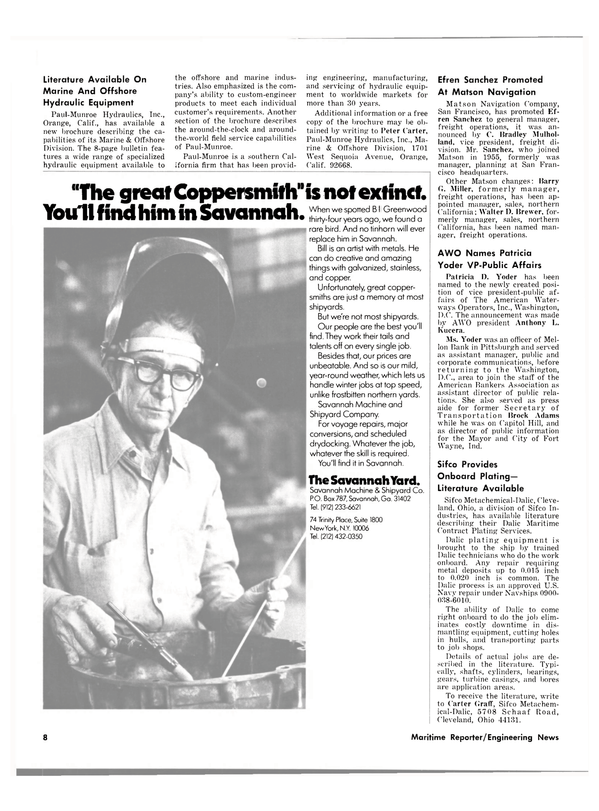