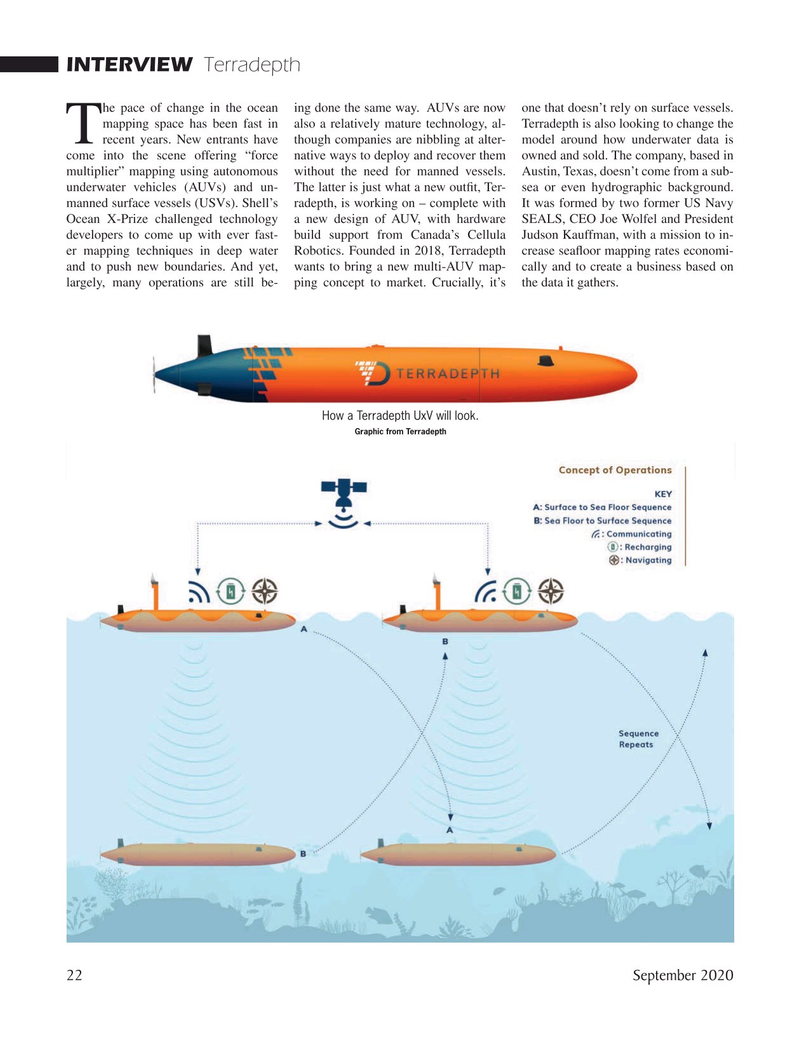 INTERVIEW Terradepth he pace of change in the ocean ing done the same way. AUVs are now one that doesn’t rely on surface vessels. mapping space has been fast in also a relatively mature technology, al- Terradepth is also looking to change the

Trecent years. New entrants have though companies are nibbling at alter- model around how underwater data is come into the scene offering “force native ways to deploy and recover them owned and sold. The company, based in multiplier” mapping using autonomous without the need for manned vessels. Austin, Texas, doesn’t come from a sub- underwater vehicles (AUVs) and un- The latter is just what a new out? t, Ter- sea or even hydrographic background. manned surface vessels (USVs). Shell’s radepth, is working on – complete with It was formed by two former US Navy

Ocean X-Prize challenged technology a new design of AUV, with hardware SEALS, CEO Joe Wolfel and President developers to come up with ever fast- build support from Canada’s Cellula Judson Kauffman, with a mission to in- er mapping techniques in deep water Robotics. Founded in 2018, Terradepth crease sea? oor mapping rates economi- and to push new boundaries. And yet, wants to bring a new multi-AUV map- cally and to create a business based on largely, many operations are still be- ping concept to market. Crucially, it’s the data it gathers.