From the standpoint of the NOC, what are you doing to help scientists and technologists take their ideas so that they can be out in the world to “make a difference?”
Absolutely right, Greg, this is really important, to turn great science into great business innovation, to create jobs and create great businesses that can work effectively in the ocean. We have been working very hard at this in the National Oceanography Center.
The area of technology that we’re particularly interested in and have great capability in is autonomous and robotic systems, both in terms of their vehicles. We started in this game about 25 years ago making deep-sea submersibles that were all autonomous, and we’ve done some great science with it. Many of those science and advances now have practical applications in much more mundane but very useful applications.
For example, we discovered the world’s deepest, hottest, hydrothermal vents by sniffing out their plumes with chemical sensors on an autonomous vehicle. The same technology has got applications for sniffing out precursor chemicals from carbon-capturing storage sites subsea. Some of the technologies that we used for exploring underneath Antarctic ice shelves – where you are completely remote from the ship and you need a truly autonomous capability – are now being used in things like pipeline survey. So what we’ve been doing here is trying to bring small technology companies to work alongside us, companies that are interested in developing these systems and the micro sensors that you put aboard them, as well as bring in companies who are not so interested in developing the technology but want to shape the way that it evolves and are interested in using it; primarily oil and gas majors and defense companies at the moment.
Are there any tangible manifestations of this effort at the National Oceanography Center?
Eighteen months ago we opened here in Southampton a Marine Robotics Innovation Center, and we are working now with about 20 companies – large ones who are users and small companies who are working alongside us in a number of projects to develop innovative autonomous systems. It has been successful and growing, and we have many projects underway; it is a real hub for bringing all of us together: academics, the users, technology companies, as well as engaging with some of the public regulators of how this technology will be used in the ocean. We are trying to play the role of a hub to be a bridge in this innovation landscape, and we’ve certainly grown our engagement with small companies, actually taking some of those products to global markets right now. It’s a success story, but we believe there’s a lot more to be done in this space and we are very excited about it.
I can only imagine that a center of this magnitude requires continuous investment. Looking at the NOC and at investments going forward, what are your priorities? Where are you investing today for tomorrow?
The areas that we’re investing in is in the technology space for two reasons. One is that will enable us to work with businesses. It’s a way of diversifying our income and it’s a way of demonstrating to government, who is the primary funder of oceanographic sciences, that it’s worth putting public money into oceanographic sciences because we do make a real difference to businesses. Also we are investigating technologies because this is going to transform the science – the things that we need to be doing scientifically are going to be transformed by new technologies. And all the greatest discoveries in oceanography have been enabled by new technologies, so we’re putting a huge emphasis on this. But our big challenge is to try to understand the way in which the earth system functions, the way in which the ocean is changing, and its variability which is causing enormous challenges and opportunities to human society – the carbon cycle, the way ecosystems are changing and the way in which the ocean processes are affecting sea level and weather. That’s the science that’s motivating us, but it’s the technology that’s enabling it, and that’s where we’re putting our big focus right now.
Marine Technology TV
The previous is excerpted from a video interview recorded with Professor Hill at the National Oceanography Center in Southampton. See the full video here.
(As published in the June 2017 edition of Marine Technology Reporter) 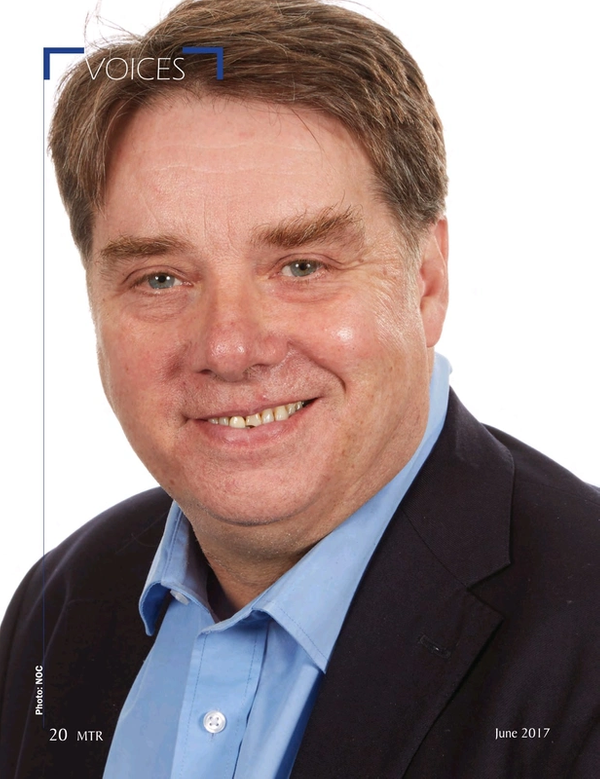 Other stories from June 2017 issue