The rise in planet-warming greenhouse gases is driving a need for cleaner transportation on the ground, in the air and on the water. Leaders in the marine industry are taking note, and vessel operators are making the move to green power and propulsion systems.

BAE Systems is creating a path to cleaner harbors and waterways with its HybriGen Power and Propulsion system. The system has three configurations to provide operators with options on their way to zero emissions. Each option not only cuts emissions, but creates a smoother ride for passengers and helps operators save on fuel and maintenance costs.

HybriGen Power
For many operators, the HybriGen Power system is the first step to zero emissions. It reduces the workload of diesel engines and runs nearly maintenance free – reducing operating costs, fuel use and emissions. The system provides electric power for the auxiliary hotel loads of a vessel such as heating, air conditioning, lighting, navigation devices and deck equipment.

How it works: BAE Systems’ hybrid technology harnesses reserve energy from main engines that are already running. The system leverages a small generator and gearbox that attaches to a PTO shaft on the front of the main engine to create electric power. This eliminates the need for a much larger gen-set which would normally provide this power and creates added maintenance.

It produces enough power for both the propulsion system and auxiliary hotel loads. With two systems driven by one – it frees up space in the engine room and makes it easier for operator installation. For vessels requiring more power, the system upgrades with ease to increase energy storage capacity.

How it works: The HybriGen Power and Propulsion system can be configured as an electric hybrid, battery electric or fuel cell electric system. It includes motors, battery energy storage, smart controls, and in some cases variable speed generators to create a clean form of power and propulsion for vessels.

HybriGen Assist
The HybriGen Assist system is a parallel hybrid solution. Operators can use the system in tandem with the core HybriGen Power and Propulsion system for optimal environmental and performance benefits.

How it works: The technology works with a main diesel propulsion system to provide added power to both the vessel’s hotel loads and propulsion components. The system uses a PTI-PTO connection on the main diesel propulsion system to provide an electric hybrid interface and power the vessel at low speeds. It can also deliver a boost of power to the main diesel engines at high speeds. This eliminates the need to oversize those engines for the application and can avoid requirements for additional exhaust after-treatment.

Operators can choose to run the system in multiple modes: 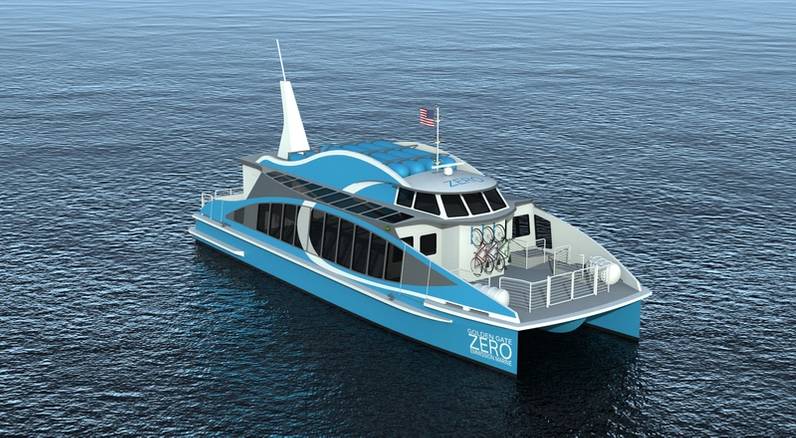 Operators using clean power
One of the first to make the jump to the HybriGen system was the Red & White Fleet. With its newest vessel Enhydra, the sightseeing company in the San Francisco Bay has been operating on BAE Systems’ electric-hybrid technology since 2018. Since then, the 128-foot excursion vessel has saved roughly 35 percent of its fuel, only needing to operate its combustion engine part of the time.

Just across the bay, the 70-foot Water-Go-Round passenger catamaran is expected to go into service in San Francisco later this year. It is the first commercial passenger vessel in the United States to use only fuel cells for power and propulsion. BAE Systems leveraged more than 10 years of experience and investment in the green technology to help make it possible. The vessel will use hydrogen fuel cells instead of variable speed gensets to create another clean form of transportation in the bay.

In Sausalito, Calif., the Call of the Sea powers a 132-foot wooden tall ship that teaches young people about maritime history while promoting sea stewardship using the technology. Kitsap Transit is also using an electric-hybrid system for its passenger ferry, Waterman, which operates out of Washington State’s Port Orchard.

On the East Coast, BAE Systems technology is also providing three vessels with complete electric power. Harbor Harvest is using the HybriGen Power and Propulsion system on their vessel Captain Ben Moore to create a new and sustainable form of short sea shipping. The environmentally friendly boat hauls locally made products and other cargo between Connecticut and New York on the Long Island Sound. Built by New York-based Derecktor Shipyards, the technology is helping the Spirit of the Sound and City University of New York (CUNY) I conduct research along the coastline. 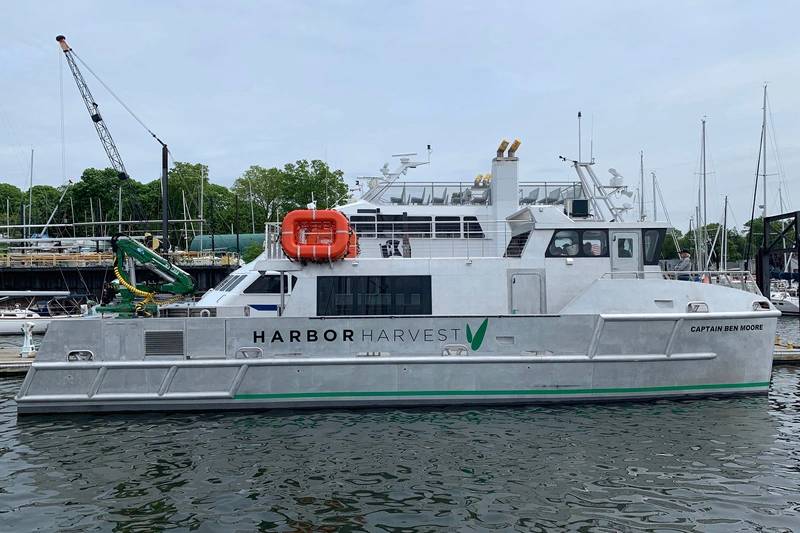 Investment in a cleaner tomorrow
As the pressure to get to zero emissions grows, more vessels will be in need of clean technology. BAE Systems has been working to reduce emissions for more than 20 years with electric power and propulsion systems in the transit bus industry. Now it’s taking that expertise to the shipyard. The company’s core technology powers more than 12,000 buses around the world. That expertise, paired with continued investment in its world-leading technical solution, will create a sustainable future for operators and their vessels.

It’s an investment that goes beyond maturing technology. It will help shape a new vision for the future of marine solutions – one that creates cleaner harbors and waterways in the places where we live, work, and visit. So far, the company’s technology has eliminated 300,000 tons of carbon dioxide each year – the equivalent of planting 4 million trees. If that is any indication of the future, BAE Systems is ready to make quite the splash. 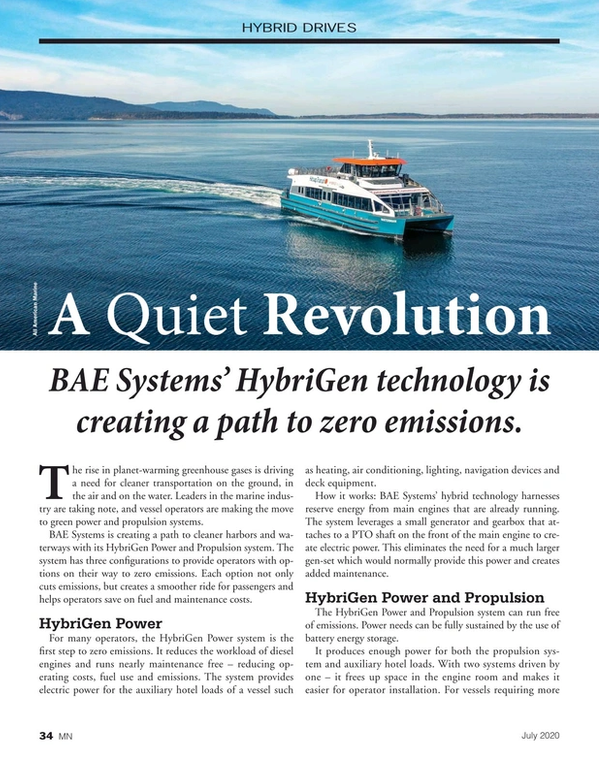 Other stories from July 2020 issue